The United States Flag will be flown at Half-Staff on Monday, September 11, 2017 in Honor of Patriot Day.

Monday, September 11th, 2017 marks the 16 year anniversary of the 9/11 terrorist attacks on the World Trade Center in New York City, the Pentagon, and United Airlines Flight 93 which crashed in suburban Pennsylvania. Patriot Day serves as a remembrance of the lives lost on that September morning.
The President directs that United States flags be flown at half-staff at individual American homes, at the White House, and on all U.S. government buildings and establishments, home and abroad from sunrise until sunset on September 11 of each year. The President also asks Americans to observe a moment of silence beginning at 8:46 AM Eastern time, the time the first plane struck the North Tower of the World Trade Center that morning. 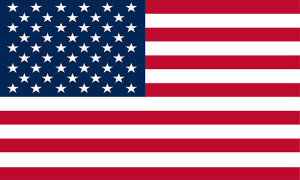